The Coquette Jazz Band is one of the best traditional jazz groups in Vienna. The members of the band are based in Austria, taking an important part of the local jazz scene. Even though they’re young, they are highly committed to perform the music of the last century at the best possible level and to keep its elegancy alive.

Thanks to the popular melodies the band can be a great introduction for jazz newcomers, and with also their experiences and finely tuned sound an impressive showcase to please long-time fans of the music. 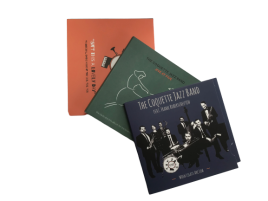 They released their first, introduction album in 2017 entitled “Isn’t This A Lovely Day”. The following one in 2018 one with the name “Jive At Five” which is dedicated especially to the lovers of Lindy-Hop dancing. The third album, “When Light Are Low” is released in 2020, featuring the great Frank Roberscheuten as the guest soloist on the album.

“…with lightness and humour in their playing as well as great feeling and passion for swing-jazz, this band makes you feel the music swingin’, makes you happy and makes you wanna dance…”

Elina Viluma is a rising talent in the vocal jazz world. Based in Graz, Austria, she is studying jazz composition and dedicating herself to her Large Ensemble, Vocal-Piano-Duo and various other international projects. Click for more 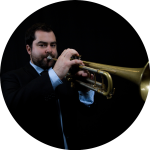 The awarded jazz musician, Daniel Hofecker started his professional career as a jazz trumpet player in 2008 at the Franz Liszt Musicacademy Budapest. After graduating in Budapest, he got accepted to the Kunst Universität Graz, where he could study with giants like Michael Abene and Ed Partyka, Stjepko Gut and Jim Rotondi. Click for more 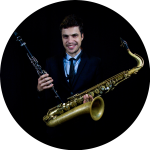 Milos Milojevic is a clarinet, saxophone, flute player from Serbia. His professional career started when he became a member of a serbian folk band, with that he toured in the United States, Italy and Germany. During his school years in Belgrade he discovered his love for the saxophone and jazz music. Click for more 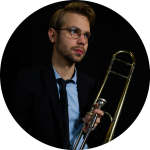 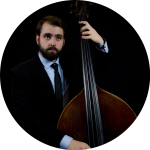 Hrvoje Kralj was born in a Croatian city, Karlovac, he developed passion for music at a very young age, playing his dads guitars since ever and starting to learn the violin at the age of eight and finishing elementary and high school. Later during high school education, he became familiar with electric bass and started to play in four different bands and exploring everything from funk, fusion, jazz, to big band playing. Click for more 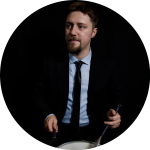 Oleg Markov was born in Kiev, Ukraine in 1990. His first contact with Music was at the age of six. His Parents sent him to a Music School to study Accordion. Very soon Oleg realized that he had a strong passion for drums. Click for more